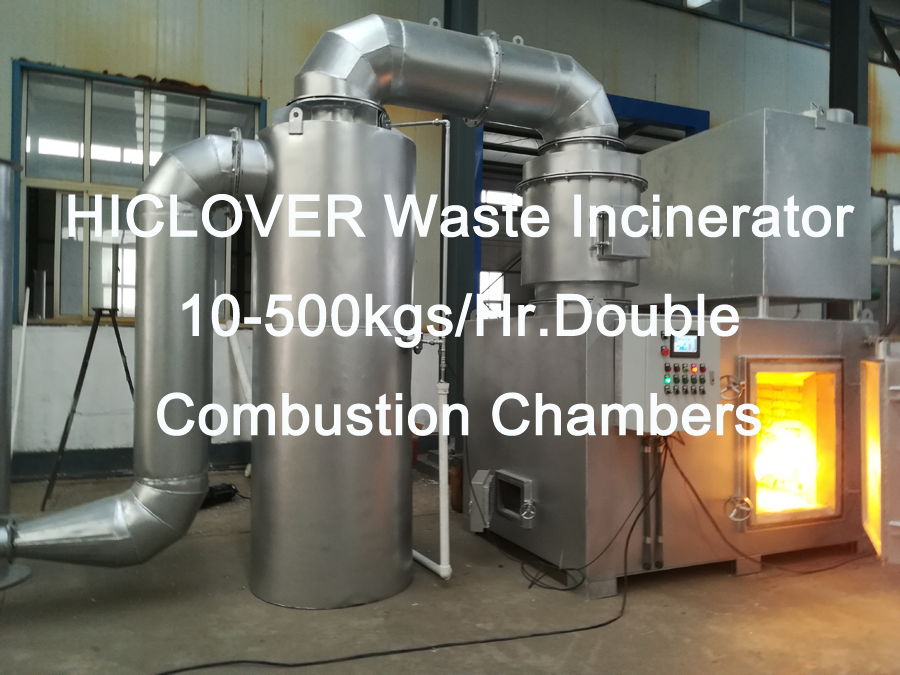 What type of waste is incinerated?
In incineration applications, the fuel is predominately waste (although fossil fuels may be co-fired) and the oxygen source is air. Combustion produces many of the same stable end products,
whether the material burned is natural gas, coal, wood, gasoline, municipal solid waste, hazardous waste,
or medical waste.
Which is an example of incineration?
For example, hospitals and research facilities generally use incinerators to dispose of biological tissues,
blood-contaminated materials, and other medical wastes such as disposable hypodermic needles and tubing.
Are incinerators safe?
What’s more, incinerators release more toxic pollution than coal-fired power plants per unit of energy.
To make the same amount of energy as a coal power plant,
waste incinerators release: 28 times as much dioxin (a known carcinogen); 5 times as much carbon
monoxide (a poisonous gas known as the “silent killer”);
Nanjing Clover Medical Technology Co.,Ltd.
“The operator will proceed to undertake the following duties:
• Initial supervision of the operation of each type of incinerator on a full-time basis for 5 working days, observing and recording each unit’s performance.
Development of an operating protocol for the client’s nominated staff to use whilst operating the unit.
• Practical training of the client’s nominated personnel, in the operation and routine maintenance of the unit.
• Assessing the volume and types of waste awaiting incineration and developing an operating schedule for the client.
• All equipment manuals shall be provided in English and in French.
• Fixed hearth geometry and starved air gasification operational mode.
• Hot face refractory concrete-ceramic suitable for thermal shock up to 1400 Celsius and abrasion. Minimum thickness 150mm.
• Cold face refractory lining of calcium silicate or superior material, minimum thickness 100mm.
• Refractory lining of all the ducts shall be done with refractory castings. Superior quality ceramic wool shall be used at all hot duct flanges and expansion joints.
• Multiple electric ignition fuel burners designed to use automotive diesel fuel.
• Flame of the primary burner shall be oriented towards the center of the unit which does not impinge directly on the refractory floor or wall. The secondary burner shall be positioned in such a way that the flue gas passes through the flame.
• The unit shall prevent leakage of the hot flue gas and any backfire.
• An electrically powered fan forced air supply, with the capacity for variation by the operator.
• Digital thermometers connected to electronic dataloggers. The thermometers shall be located on the chamber walls away from the fuel burner. 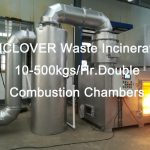 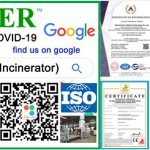